As we all are forced work from home, much of our work involves communicating with clients and business associates via webconferencing. Effective communication becomes heavily dependent on technology, as we all sit in front of our laptops. Here are some tips on how to get the best experience possible. 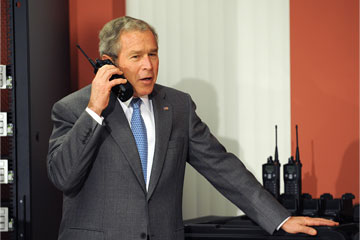 Have you ever attended a webconference meeting, only to hear echoes coming from someone else's device? Sometimes the only answer is to mute everyone on the call except the presenter, but it diminishes effective communication. It's like talking on walkie-talkies; one person presses a button to speak, then the next one, and so on.

The biggest contributor to the echo is the fact that in most laptops, the mic can "hear" the loudspeaker. As you try to raise the volume, the sound can also be heard by the laptop's microphone. Many laptops and webconferencing apps have "acoustic echo cancellation" (AEC) algorithms, which basically try to remove the echo from the signal. Unfortunately, even though your laptop may have a great algorithm, you won't appreciate it - the algorithm is only effective for the other participants listening to you! Put another way, if you want to stop hearing the echo from other people, the others need to get better AEC!

Sounds expensive? It doesn't have to be! A headset is probably the cheapest AND MOST EFFECTIVE way of handling those echoes. Think about it - with the speakers right next to your ears, the volume does not have to be very loud, and thus it will not be picked up by your microphone.

Another benefit to a headset is that it minimizes the effect of your acoustic environment. Generally speaking, a headset with a boom arm will bring the microphone close to your mouth, which means that the microphone sensitivity can be reduced and less "ambient" noise can be picked up. Even microphones that are embedded in the headset can provide better voice pickup than simply using your laptop's microphone. Now let's be clear - if you're sitting in your car with the windows open, your microphone will probably pick up the sounds of cars passing by. Aside from extreme circumstances, a headset's microphone is the better choice!

Wired USB headsets can be found at most electronic stores for around $50; wireless versions are about $100+. Even the headphone attachments that come with cell phones can be fairly effective.